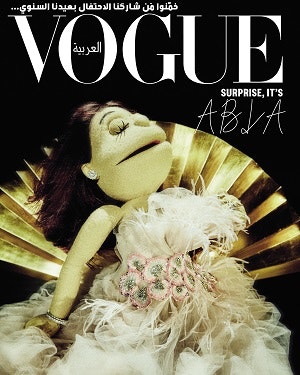 Who could ever imagine a puppet sitting in the seat of the editor of one of the biggest and most influential magazines of the world, Vogue Arabia? This only happens in a universe where Publicity meets creativity.
To launch  Abla Fahita: Drama Queen, an Arabic Netflix series starring the Arab world’s most infamous and cheeky puppet, a publicity campaign was designed by Publicist Inc with a clear goal of utilizing the quirks of Abla Fahita’s personality and building an approach around her creativity to reintroduce her as a celebrity to the world.
The campaign was inspired by Abla Fahita’s ability to break barriers. It accomplished a result of transcending Abla Fahita from a puppet on strings by coming into her own as a character who achieved celebrity status by mirroring the persona of present day celebrities frequently featured in Vogue Arabia and top entertainment TV shows.