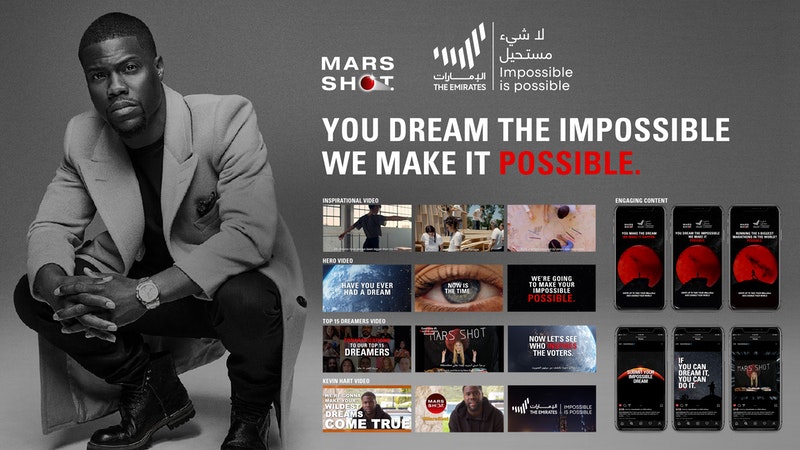 During the pandemic and lock down and to send a message of hope; Via a cross-platform campaign, UAE & Kevin Hart invited people across countries, religions and races, worldwide, to submit their “Mars Shot”, the wildest dream. Millions engaged globally, generating unprecedented worldwide participation. Then, as the UAE’s “Hope Probe” made history by reaching Mars, the winners’ impossible dreams, were made possible by the UAE, in their countries. The positive reactions, globally, led to a positive impact on the UAE’s nation brand too.

430,000+ submissions came from 117 countries worldwide, 20,850 longlists were screened that met the criteria and 15 finalists were shortlisted. 200,000 people tuned in live to watch the finalists. Because of its global reach, the idea surpassed 1 billion unique earned audience impressions in just months, creating a steady stream of media buzz, including 153 free PR articles worldwide in leading publications and online platforms