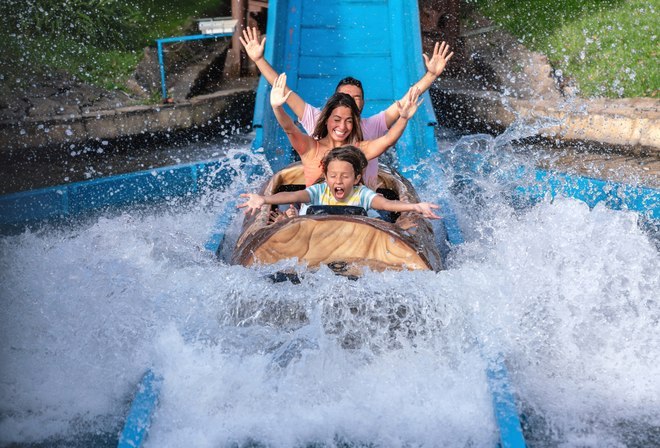 Concern is the highest about sharing shopping areas with tourists, followed by restaurants

When asked about their concerns of sharing public places with tourists, the majority of respondents (56%) claimed to be very or somewhat concerned about sharing shopping spaces with them. Among the different age groups, concern is highest among young adults (between 18-24 years) while it is the least among respondents aged 45+ (64% vs 44%). 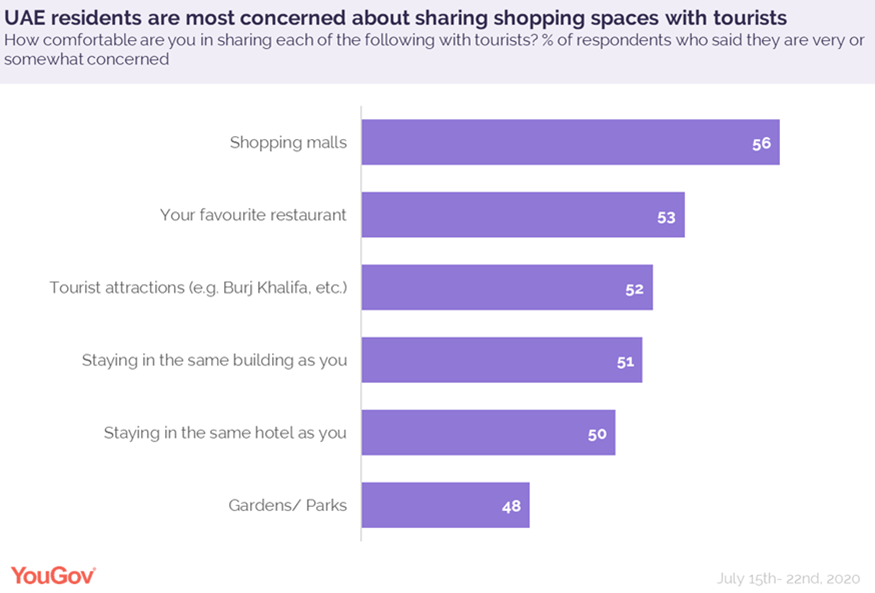 It is interesting to note that fear about being present in all the listed public areas along with tourists is higher among Asian expats than respondents from other nationality groups.

In general, these concerns are likely to be influenced by the country of travel origin, with seven in ten (69%) UAE residents agreeing with the statement ‘My concerns with international tourists depend on the country they are travelling from’.

Even though there is apprehension about welcoming international travellers, the majority (83%) believe opening up the country to tourists will have a positive impact on the economy. UAE residents think this decision is most likely to benefit Hotel and Airline industries (62% each). Respondents aged 45+ are most likely to believe in this possibility (at 72%) as compared to the rest of the age groups. 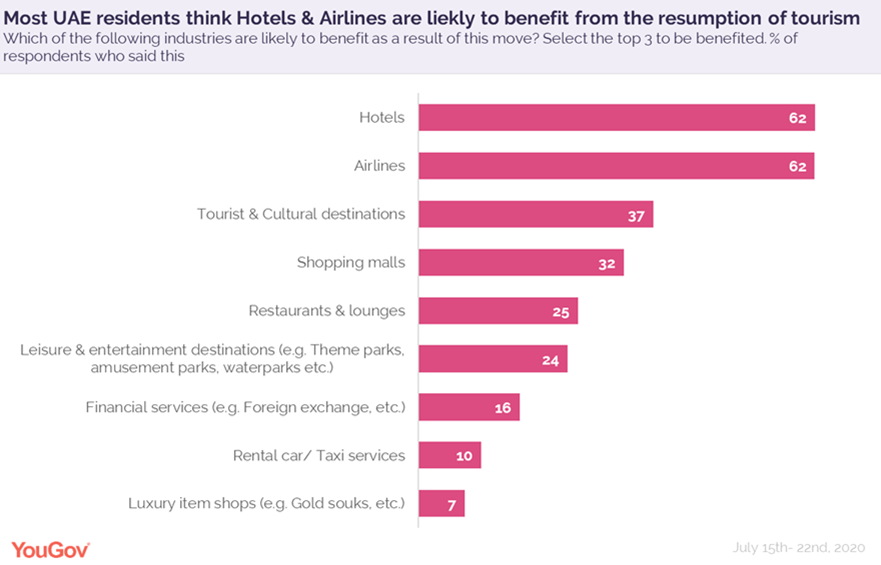 Some residents think Cultural destinations and Shopping malls (37% and 32%) will also benefit from this move, while fewer believe this step will prove advantageous to Restaurants (25%) and Leisure & Entertainment venues (24%).

YouGov Omnibus data collected online among 1000 respondents in the UAE between 15th and 22nd July 2020 using YouGov’s panel of over 6 million people worldwide. Data is representative of the adult national population in UAE.