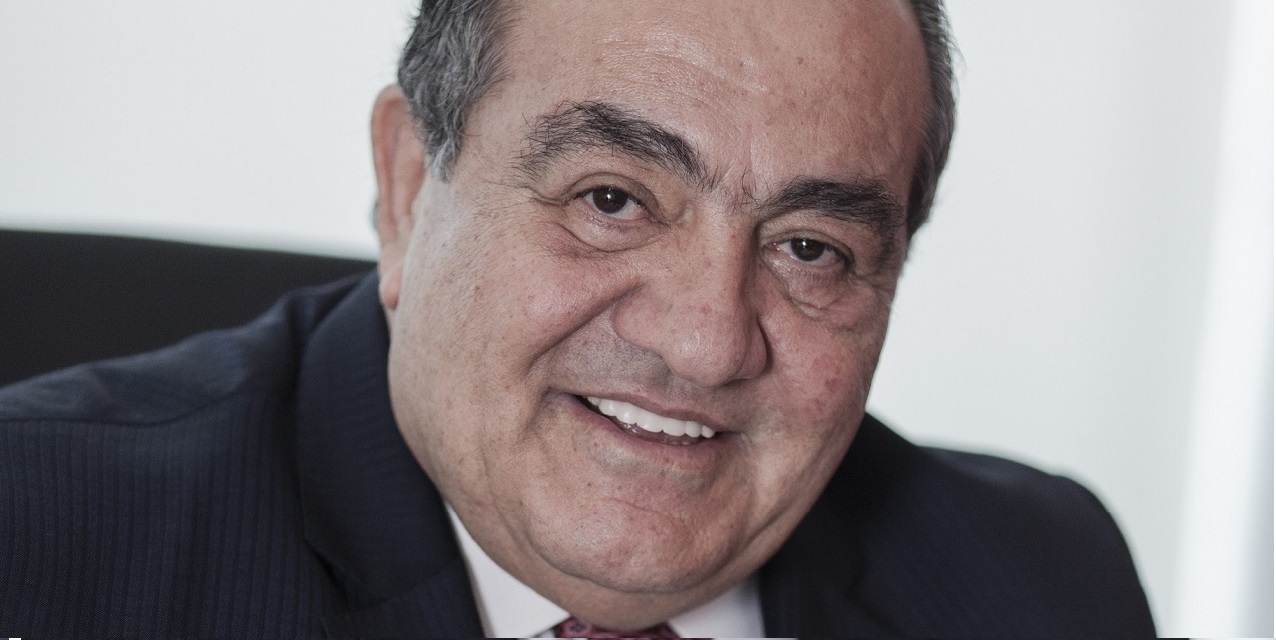 One of the region’s most beloved and influential marketing figures, Edmond Moutran ­— the founder and chairman of Memac Ogilvy — has passed away aged 77. Known affectionately to his friends and colleagues as “Eddie”, he is survived by his wife Liliane, his four children Ramzi, Nabil, Sami and Natasha, and two stepdaughters, Rafa and Hiba.

Moutran enjoyed a life and career of many firsts. Revered as a pioneer of the MENA communications industry, he quickly – and prodigiously – distinguished himself as the first Lebanese advertising professional to work and open shop in the Arabian Gulf. Despite his relative youth, Moutran all but assured his legacy as a proponent of the region’s advertising space by establishing his very own agency in 1984.

Born in Beirut in 1944, Moutran studied at the Choueifat International College, prior to setting off for the United States to complete a Business and Marketing degree at South West Missouri State University.

Upon graduating, he joined the Bahrain-based firm Intermarkets — the oldest advertising group in the Middle East — in 1973. Quickly showing himself to be a prized asset, Moutran was entrusted the task of establishing the group’s first regional office.

Buoyed by his success, Moutran took another important step on his journey to lighting the way for countless others across the region’s communications landscape: in 1984, he founded his own agency – Middle East Marketing and Communications, better known as MEMAC.

Following two successful and highly productive years, Moutran set about broadening his business’ horizons, both literally and figuratively, by bolstering MEMAC’s operations with a more global focus, adding an international dimension to the firm’s work through an affiliation with Ogilvy & Mather.

MEMAC would then go on to officially partner with the WPP agency 12 years later – in 1998 – with Ogilvy acquiring a minority equity ownership stake in the business. MEMAC was then renamed MEMAC Ogilvy, the new entity honouring the ground-breaking work of Moutran’s history-making outfit.

Over the course of the ensuing years, Moutran worked diligently to grow the agency, expanding it across the region and entering new territories such as Saudi Arabia, the UAE, Lebanon, Egypt and Kuwait, as well as Tunisia, Morocco, Algeria, Qatar and Jordan.

In 2000, Moutran launched the media agency, Mindshare, in partnership with JWT MENA. Ten years later, he launched Ogilvy Action – today known as Geometry. And in 2011, MEMAC Ogilvy partnered with Grey and JWT to acquire a stake in Mediacom.

2013 marked a new chapter for Moutran – and MEMAC’s – story, with the sale of a majority share of the agency to Ogilvy. Today, MEMAC Ogilvy is widely regarded as one of the most successful networks in the region. Moutran, loved by so many across the industry, is without doubt the architect of so much of this success, having built the agency up from a small outfit to a leader in one of the most important markets in the world.

Having helped put the Middle East and North Africa on the communications map, his influence – to the industry’s gain – extends across the region today. The network of agencies Moutran forged spans 13 countries, encompassing 28 offices and employing over 1,000 professionals in service of the most prestigious local and international brands.

In 2017, Moutran stepped down as CEO of MEMAC Ogilvy, leaving the position to Ogilvy veteran, Patou Nuytemans. Moutran maintained his position as Chairman of MEMAC Ogilvy, having served dual responsibilities since MEMAC’s inception in Bahrain in 1984.

Voted Man of the Year in 2001 by ArabAd Magazine and named Dubai Lynx Person of the Year in 2014 (winning both accolades in the same year MEMAC Ogilvy was named agency and network of the year by Dubai Lynx), Moutran has and will always be recognised for advancing the reputation and profile of the communications industry in the MENA region.

Accordingly, in recognition of his remarkable contributions to his country’s reputation and the communications industry as a whole, he was awarded Lebanon’s National Order of the Cedar medal in 2014.

These accolades speak to Moutran’s qualities both as a communications professional and a man. As a charitable individual, he gave generously to all that he loved: people, causes, and ambitions.

He was one of the main donors and supporters of the Syriac Orthodox Church and a member of its Council.

He was also the Honorary Chairman and an active supporter of the Al Nahda Charity Foundation: a Lebanon-based charity that supports the livelihood, healthcare and education needs of more than 170 families.

Moutran also had an unwavering passion for sharing knowledge and empowering others, especially younger generations. As a Chairman of the Saint Severius College in Lebanon he demonstrated his belief in the importance of education, devoting so much time and energy to the college’s community-focused goals.

Beloved by all, his lust for life was infectious. He loved the outdoors—the ocean, in particular—and was a keen swimmer and yachtsman. He had a passion for motorsports and sponsored 24-hour racing teams across the region.

In his later years, he was fortunate to see his family grow larger still. He spent much of his last years with his grandchildren, Michelle, Lara, Andrew, Edmond, Sienna, Mason, Noah, Adriana, Luka, and recently born Yasha.

The entire Memac Ogilvy network and wider WPP network, as well as the entire communications industry across MENA mourns his passing. But he leaves a legacy that will surely live forever.