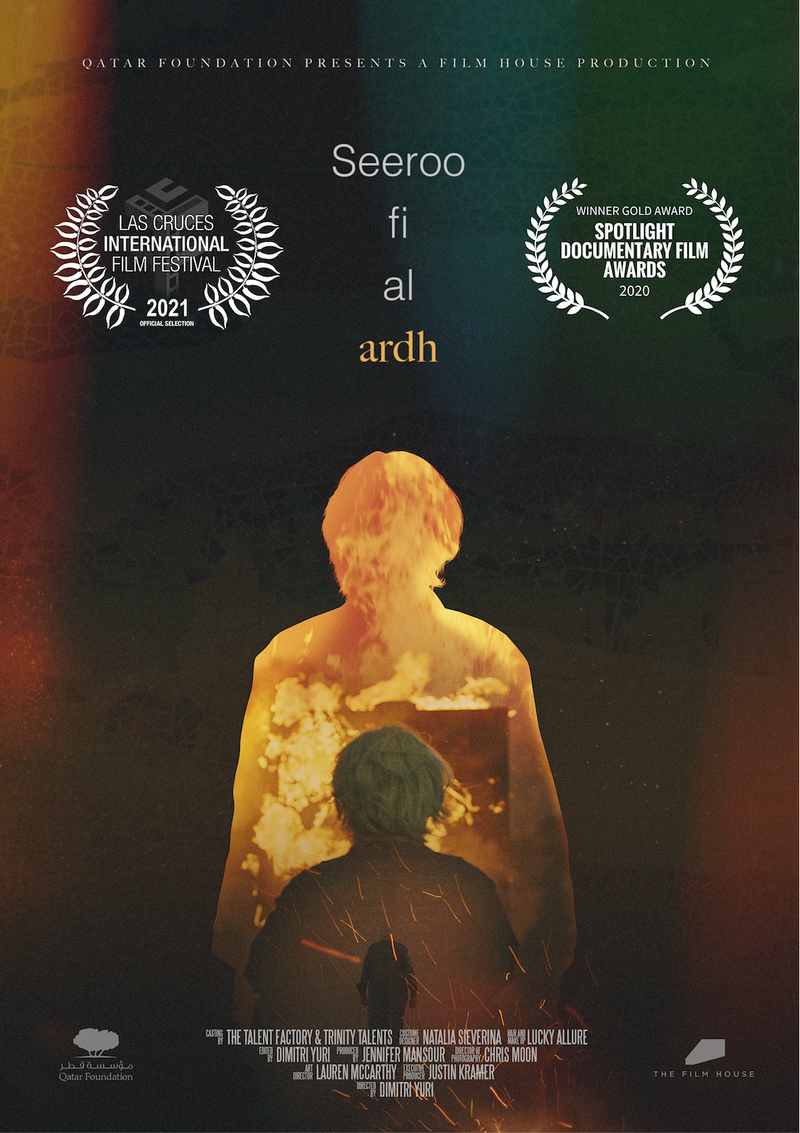 Using a novel form of story-telling to bring to life an unusual physical art
installation housed at Qatar Foundation — the final artwork of a controversial artist, inaccessible to visitors due to the pandemic.

Asmaa Benkermi is a Senior Account Executive at Memac Ogilvy Qatar, where she lends her expertise in project management and production to help her client Qatar Foundation tell stories in non-traditional formats. The projects she leads range from award-winning documentaries and fiction films to premieres and media festivals. She co-led the Seeroo fi al ardh campaign which won Best Arts and Culture Campaign in the Middle East (MEPRA 2021).

Asmaa also supports the Foundation’s QF Voice Program, which works with researchers, education experts and members of the QF community to create a wide-ranging speakers bureau. Asmaa is passionate about community service. In 2019, she led a team of ten to build a water tank for a school in Naivasha, Kenya. In 2017, she also worked on career plans with refugees in Napoli, Italy, where she used her fluency in four languages to communicate with refugees from different backgrounds.

Asmaa is a French-born Algerian. She graduated with highest honors from Northwestern University in Qatar with a bachelor’s degree in communication.

Ashvinder Kaur Matharoo is the Head of Press Office at Qatar Foundation for Education Science and Community Development, where she oversees the Qatar and MENA media outreach for the organization and its 50 entities. At any one time Ashvinder is responsible for at least a dozen media campaigns, ensuring messaging consistency and spokesperson preparedness at every turn. She launched the organization’s speakers bureau QF Voice, giving media access to experts in education, scientific research and social progress and establishing QF as the regional authority on these topics.

Ashvinder champions the use of documentary story-telling to break down complex stories for QF’s audiences, and brought the Seeroo fil Ardh campaign – which won Best Arts & Culture Campaign in the Middle East (MEPRA 2021) – to light.

Prior to her role at QF Ashvinder worked for reputable PR agencies supporting clients in the energy, health and education sectors. She began her career in market research at Opinion Leader Research in the UK, helping clients such as the NHS, BBC and Dementia UK understand the their audiences better.

Ashvinder completed her bachelors in English Literature from University College, London and her Masters in International Relations from the University of Nottingham.

This is a virtual session hosted on Zoom.