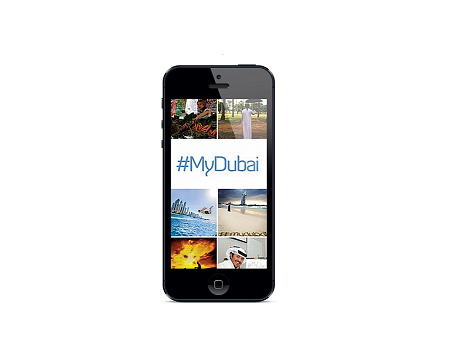 Did you know there are now 252 phones for every 100 people in the United Arab Emirates?

On a global scale the region is home to some of the highest levels of smartphone penetration in the world (74%), considerably higher than the likes of countries such as the USA and Canada and almost 10% higher than in the UK. Perhaps you might find this surprising?   Before making the move to Dubai I’d have thought the same – my image of Dubai was one of a sandy concrete metropolis that was more famous for having the tallest, biggest and best buildings in the world than being known for its pioneering campaigns.

Yet on moving to the region, it’s clear to me that both the brands and media here are out to inspire. But while undoubtedly there’s still work to be done, the UAE, and indeed the Middle East has a real hunger to lead the way. Just like its savvy smartphone population which has been quick to embrace advances in technology, there is a strong ambition from brands and media to push the boundaries on tried and tested traditional content, and become pioneers in an altogether different capacity. There is a sense of urgency to catch up. Media and brands alike want to be famous in their own way. Innovation, which has indeed become the watchword of His Highness Sheikh Mohammed’s vision for 2015 has filtered down; there is a hunger to be trailblazing in terms of creating new and exciting campaigns to engage new and core audiences.   And what’s not to get excited about? With the World Expo 2020 win under its belt, the Smart Cities initiative and news that Dubai is now the busiest airport in the world in terms of passenger numbers, the region is in a strong position.

So where are the opportunities? Well, for one, harnessing the power of mobile represents a huge opportunity for brands to communicate to core and new audiences – whether that’s internal or external. The hugely successful #MyDubai initiative, which continues to create a virtual autobiography of Dubai, is underpinned by mobile by inviting people to upload their pictures and videos to social media.  What’s more, news that the Burj Khalifa has been voted in the top three destinations in the world for selfies again shows the power of mobile as a means to help profile a destination.  And excitingly, indeed even the New Year’s Eve fireworks 2014 saw a first for the region – the event itself was streamed live to tablet and laptop devices so an online mobile audience could view the spectacular display.

So what’s next? With the pathway firmly being set for a year of innovation, what’s clear is that brands will continue to push the boundaries in terms of delivering bolder campaigns in order to create new ways to interact with audiences. This positivity is setting a precedence that’s infectious. In the race to be providing the most creative driven content, maybe soon the world will look towards the Middle East for inspiration.